Please briefly explain why you feel this question should be reported.

Please briefly explain why you feel this user should be reported.

Gilsonite is a natural, resinous hydrocarbon found in the Uintah Basin in northeastern Utah; thus, it is also called Uintahite. This natural asphalt is similar to a hard petroleum asphalt and is often called a natural asphalt, asphaltite, uintaite, or asphaltum. Gilsonite is soluble in aromatic and aliphatic solvents, as well as petroleum asphalt. Due to its unique compatibility, Gilsonite is frequently used to harden softer petroleum products. Gilsonite in mass is a shiny, black substance similar in appearance to the mineral obsidian. It is brittle and can be easily crushed into a dark brown powder. When added to asphalt cement or hot mix asphalt in production, Gilsonite helps produce paving mixes of dramatically increased stability.

Gilsonite is found in vertical veins and seams beneath the earth’s surface that is typically 2 to 6 feet wide but can also be up to 28 feet wide. These veins run almost parallel to one another and are always oriented northwest to southeast. They stretch for miles and reach depths of up to 1500 feet. These veins will appear as narrow outcroppings on the surface of the earth and will gradually widen as their depth is increased. Today, just like 50 or 100 years ago, Gilsonite is still mined manually and this is because of the narrow mining face. Technologically advanced miners utilize pneumatic chipping hammers and mechanical hoists, which is the main distinction between them and the old-fashioned miners. Gilsonite has a wide variety of applications in the industry, including the manufacture of electrodes, paints and resins, as well as the production of asphalt and roof-waterproofing material. Gilsonite ash is a determining parameter for its application in some industries (e.g., gilsonite with ash content < ۵% used as an additive in drilling fluids, resins). Due to the shortage of high grade (low ash) gilsonite reserves, the aim of this study is to develop a processing flowsheet for the production of ultra-low-ash gilsonite (< ۵%), based on process mineralogy studies and processing tests. For this purpose, mineralogical studies and flotation tests have been performed on a sample of gilsonite with an average ash content of 15%. According to mineralogical studies, carbonates and clay minerals are the main associated impurities (more than 90 vol.%). Furthermore, sulfur was observed in two forms of mineral (pyrite and marcasite) and organic in the structure of gilsonite. Most of these impurities are interlocked with gilsonite in size fractions smaller than 105 µm. The size fraction of + ۱۰۵ − ۴۲۰ µm has a higher pure gilsonite (approximately 90%) than other size fractions. By specifying the gangue minerals with gilsonite and the manner and extent of their interlocking with gilsonite, + ۷۵ − ۴۲۰ µm size fraction selected to perform flotation tests. Flotation tests were performed using different reagents including collector (Gas oil, Kerosene and Pine oil), frother (MIBC) and depressant (sodium silicate, tannic acid, sulfuric acid and sodium cyanide) in different dosages. Based on the results, the use of kerosene collector, MIBC frother and a mixture of sodium silicate, tannic acid, sulfuric acid and sodium cyanide depressant had the most favorable results in gilsonite flotation in the rougher stage. Cleaner and recleaner flotation stages for the rougher flotation concentrate resulted in a product with an ash content of 4.89%. Due to the interlocking of gilsonite with impurities in size fractions − ۱۰۵ µm, it is better to re-grinding the concentrate of the rougher stage beforehand flotation in the cleaner and recleaner stages. Finally, based on the results of mineralogical studies and processing tests, a processing flowsheet including crushing and initial granulation of gilsonite, flotation in rougher, cleaner and recleaner stages has been proposed to produce gilsonite concentrate with < ۵% ash content.

for more aboute the Gilsonite Go to Link 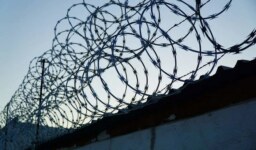